WHETHER it’s in front of 82,000 fans at Twickenham or at a local club on a weekend, there is a misconception that rugby players are all “meathead alpha males”.

And that’s exactly why so many in the game find it hard to speak out on their struggles with mental health.

Former England star James Haskell, 37, has been open in the past about dealing with his own mental health problems.

But that doesn’t mean he, or anyone else playing the game, are not susceptible to struggling mentally.

Whether the macho mentality comes from how those within the game perceive themselves, or how people on the outside see players, Haskell called for the “meathead alpha male” stereotype to stop. 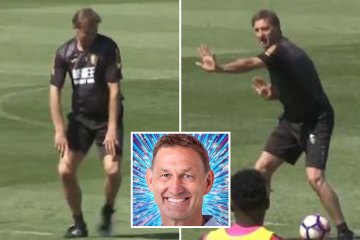 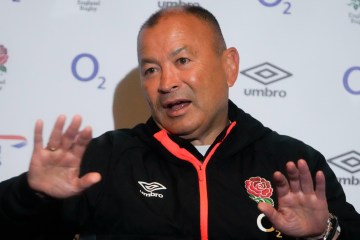 Speaking exclusively to The Sun as part of the second series of the Under the Surface podcast, with menswear brand Original Penguin x CALM (Campaign Against Living Miserably), he said: “We all look like meathead alpha males and we definitely won’t be able to talk about how we feel.

“And that’s why I always try to be so vocal about it because I think everybody’s got something going on – that’s what everybody has to remember.

“We’re very judgmental and we all look down our noses at each other, but actually we’ve all got stuff going on and we all need to be really aware of that.

“I think it’s important to show people who are supposed to be so physical and domination and alpha males can have weaknesses, can have blind spots in their lives that they need to address.”

Haskell revealed that seeking professional help has helped him – but the ex-flanker admitted some of his team-mates were reluctant to discuss their struggles with mental health.

Even at times when they were sidelined for months through injury or when they experienced problems in their personal lives, there was a reluctance to speak out.

He said: “I would go up to boys and say ‘Why are you not speaking to a therapist? What’s going on? Have you thought about talking to someone?’

“You’re literally in a period of time where you’re isolated from anyone else that your talking to, you’re injured, you’re on a different schedule, you’re not sure whether you’re going to make it back [and] you’ve got the trauma of it.”

The Red Roses hero challenged the stigma of people being “weak” for choosing to speak out on their struggles.

Three-time Six Nations winner Haskell added: “Unfortunately, a lot of the time with men, they think by opening up and stuff is [seen as] weak.

“But what for me is far weaker is bottling it up, hiding it, not saying anything, suffering and struggling, getting to a point where they’re about to implode, and then they reach out.”

Haskell admitted that people choosing to speak about their experiences with mental health won’t mean they never struggle again.

But seeking help and advice will put them in a far better place to deal with the bad days when they do come around.

Haskell was speaking to The Sun in partnership with the Under the Surface podcast with menswear brand Original Penguin x CALM (Campaign Against Living Miserably). To watch the second episode of series two, head to www.originalpenguin.co.uk/pages/calm-underthesurface