Two tries in the last five minutes enabled the All Blacks to overcome a strong comeback by the Springboks as they ended their three-match losing sequence with a deserved 35-23 Castle Lager Rugby championship win at Emirates Airlines Park on Saturday.

It looked as though the Boks had recovered from a poor start and a 15-0 deficit when Handre Pollard kicked the penalty, putting them in the lead for the first time in the game in the 68th minute.

However, the effort of fighting back might have sucked in the Bok energy while the All Blacks are renowned for winning late on the highveld, and there should have been a sense of dejavu for those who remember some of the other games played in Gauteng over the fits 12 years.

The All Blacks did something similar at Loftus in 2018. However let it be said that they were nowhere near as good in that game as they were in this one. Although the Boks dominated the forward battle in the second half, the Kiwis resisted the pressure exerted, at times perhaps with the help of English referee Luke Pearce, who made some perplexing calls against the Boks.

Exciting feature: Check out news exactly for YOU ➡️ find “Recommended for you” block and enjoy! 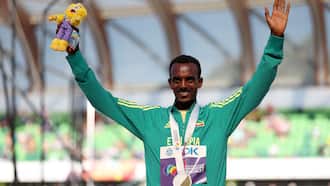 As reported by Sports Brief, the man was seen streaking on the Mbombela Stadium field in Nelspruit last Saturday during half-time of South Africa’s 26-10 demolition of New Zealand in the Rugby Championship opener.

The TikTok video then showed him being tackled brutally by security, before being hauled away for what must have been a cold and unpleasant night in Mbombela.

This evoked memories of a more unpleasant incident in 2002, when Piet van Zyl attacked Irish referee Dave McHugh during a Tri-Nations Test match been the two nations at the King’s Park Stadium in Durban.