A DRIVER was stunned to discover his Mercedes had traveled almost 100 miles while he was on holiday in Italy.

Brian Wilson left his black E-class at Gatwick Airport before jetting off on an eight-day break to Puglia with his wife.

He forked out for Skylink’s meet and greet service, which he found on comparison site Compare Parking Deals.

But he couldn’t believe his eyes when he landed back in the UK to find there were an extra 97 miles on the clock.

The £20,000 car was also “caked in mud” on the outside, there were dirty boot prints on the inside, and three of the seats had been adjusted.

Brian, from near Bath, Somerset, said: “It had clearly been used as an airport taxi service.” 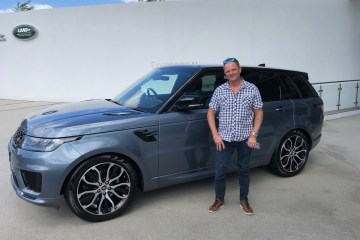 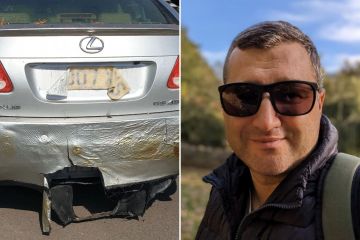 The retiree flew to southern Italy on October 7 and returned home on October 17.

He had no idea that as he enjoyed delicious pasta in the autumn sun, his vehicle, which he had only bought second hand a month earlier, was making trips around Sussex.

Brian said: “The car was so dirty and the inner wheel arches were caked in mud.

Marks were dragged over and deposited on the sill and the door.

“It was obvious there were two passengers in the car as the footwells were grubby and had boot marks.

“Plus, the front passenger’s side seat had been altered to suit someone who is larger than my wife.”

Have you had a similar experience with an airport parking firm? Email alice.fuller@the-sun.co.uk

Brian, a keen croquet player, continued: “Where did they drive and for what purpose? There might be speeding or other claims during this time.

“My vehicle was used without valid insurance and clearly taken without permission.

“I want someone to explain where my car went and how it racked up 97 miles.

“My radio settings were also altered.”

Despite making repeated complaints, Brian heard nothing from Skylink until the firm was contacted by The Sun.

A spokesperson said: “We are really sorry on behalf of the operator and as a customer goodwill gesture we have refunded the full amount paid to us.”

Skylink did not provide a comment, but someone from the customer service team later told Brian: “I would request you to please send us the mileage screenshot before and after collecting it from the representative as this will help us to investigate in your matter and come up with the conclusion as soon as possible.”